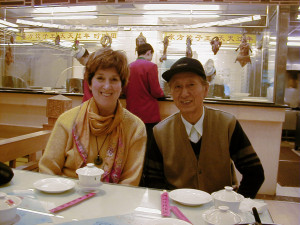 A group of men in a variety store in Harbin, China candidly discuss the foreign woman with a camera, assuming she does not understand them, and forgetting she is recording them all the while. Later, in Kaifeng, miles to the south, the woman noses her camera into people’s homes, searching for traces of the city’s thousand-year-old Jewish settlement. The guide renders her questions polite in translation. Jacqueline Levitin’s own Russian Jewish family history in China at the beginning of the 20th century, a story of tiger hunters, poignant deaths and daring rescues, binds together this lively tale of Chinese Jewish encounters then and now. 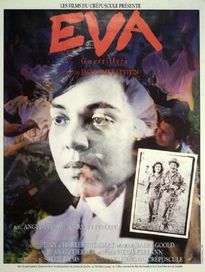 A truck descends a country road. Location: Central America. In the truck, Eva checks her revolver: this is her first guerrilla action.
Ten years later, in Montreal, Eva tells her story to Louse, a journalist writing a book about women in armed struggles. Eva is now working as the representative of the “Farabundo Martí National Liberation Front” (FMLN), garnering Canadian solidarity with El Salvador.
In the stories that Eva tells the journalist, we witness (in flashback) her first contact with the guerrilla, the moment when she has to go underground, and share her moments of happiness and difficulty in the organization.
Neither her story nor the opinion Eva shares of Montreal leave Louise indifferent – as a woman or as a journalist. Louise desires to go to El Salvador.
After telling her story, Eva wants to return to her country. 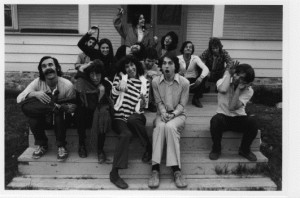 “’Not Crazy Like You Think’ blends documentary and dramatic art, as members of Solidarité Psychiatrie, a mutual support group for patients, meet to re-enact and discuss scenes from their own past lives. The technique provides exquisite insight into the experience of patients, who too often have their feelings discounted as symptoms and their behavior reduced to illness. The group members’ courage in remembering and reliving pivotal moments in their lives makes a strong statement about human dignity that the viewer will not forget.” (program notes, American Psychiatric Association meeting, May 1988, Montreal) 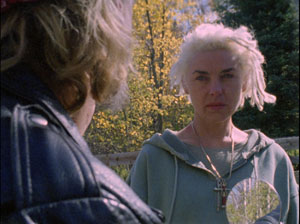 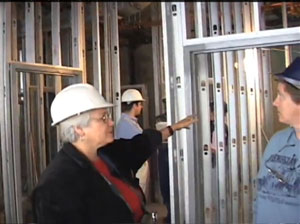 Homeless women and women in desperate straits on Vancouver’s Downtown Eastside found a safe haven when Bridge Housing for Women opened in 2001. This opening culminated a 20-year effort by neighbourhood residents and activists to create a place where women could escape the dangers of the streets and get support to come off drugs and alcohol. The women who created the project and the women who call Bridge home tell their stories. 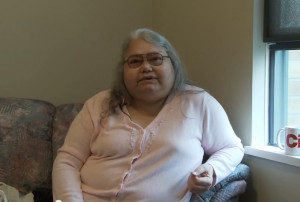 I first met Irene when making the film Building Bridge: A Housing Project for Women in 2003. Irene was one of three residents that I interviewed living in the beautiful new 43-suite building constructed for the homeless women of Vancouver’s Downtown Eastside. In 2006 I was awarded a SSHRC project grant to conduct video interviews with the women I had interviewed at Bridge three years earlier. Before we had a chance to film our first follow up interview, Irene discovered she had cancer in her liver and kidney. She lost 40 pounds. It took her two years to begin to feel better. Now, in Irene: January 2010, Irene continues feeling well is looking forward to moving to the long-awaited Woodwards apartments. She tells me about discovering the sister she never knew she had. 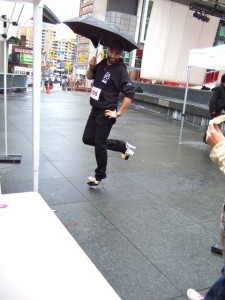 Vancouver’s David Suzuki, Jim Green, Mayor Gregor Robertson, SFU’s President Andrew Petter, Vice Presidents and Deans, and so many others put on RED STILLETTOS to “walk a mile in the shoes” of women, and all those who face violence because of their gender.
“Walk a Mile BC Style” is SFU’s Gender, Sexuality, and Women’s Studies department’s take on the Red Shoes “walk a mile in her shoes” campaign aimed at changing perspectives, helping to improve gender relationships, and decreasing the potential for violence.